About Hunters Hill – What’s At RISK? 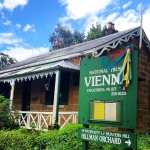 Hunters Hill is Australia’s oldest garden suburban area and one of the nation’s most  significant heritage places and municipalities.

Positioned on a peninsular between the  Lanecove and  Parramatta Rivers, it was settled  early in the colonial era, and rapidly developed 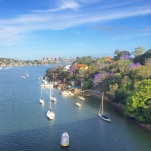 it’s own unique character, consisting  of large locally quarried  sandstone villas, churches and  manors, and  small sandstone and timber workers cottages, set in a green garden / bush land setting with rivers either side.

Proclaimed a municipality  1861, it has remained an independent and vibrant municipality ever since, focused on heritage and conservation. Hunters Hill Municipality recently celebrated its Sesquicentenary.

buildings and places per head of population than any other local government area in the nation.

CONSTANTLY UNDER THREAT – BUT PROTECTED BY A VIGILANT COMMUNITY, the preservation of Hunters Hill relies heavily on it remaining an INDEPENDENT local MUNICIPALITY.

Hunters Hill is constantly under threat from the pressures of overdevelopment and / or the impacts of unwelcome take-over bids / forced amalgamation with neighbouring councils. This has bred  a vigilant and passionate local community with a deep sense of belonging, a tradition of grass-roots democracy, and commitment to the conservation and preservation of the Municipality.

Well known battles have been fought (and won) over the preservation of Kellys Bush in the 1970’s , and to prevent a forced amalgamation with Ryde Council in 2003. (Find a record of these battles here).

The Save Hunters Hill Municipality Co-alition, was formed in 2003 and played a key role in averting the threat of amalgamation with Ryde Council

A full summary and position statement can be found at the link below:

SHHMC – “The Battle to Save Hunters Hill is on Again”

SHHMC is a community action group that will work with relevant groups and parties including Council to ensure that our local governance continues and that our history is valued and our heritage properly protected.

Find out more about our CURRENT CAMPAIGN here